Martyn Willimer is the Sales Director at Rapidrop and has recently celebrated 30 years of service with the company. In honor of such an outstanding achievement, we take a look at how such a career began.

IFI had only been trading for 6 years when a 17 year old Martyn joined the team in a customer service and internal sales role. Interviewed at the time by Mark Smith, now a fellow member of the board of directors at Rapidrop Global, neither could have foreshadowed what the next 30 years would hold. 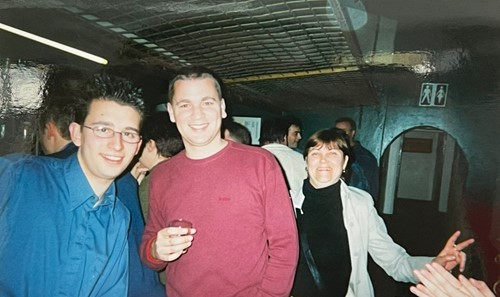 Moving into an external area sales manager position for IFI in 1996, Martyn began working his way through a progression of area sales roles. Moving from covering the IFI customer base in the South West of the country to covering the North West and relocating to Leeds, before taking on the Regional Sales Manager position for the area. All of this was leading to Martyn becoming National Sales Manager for the door hardware division, which would come to be his last role as part of IFI. 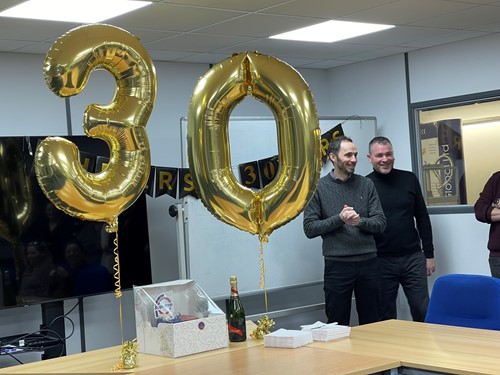 ‘Sales in those days were not as we know it now,’ commented Martyn, ‘it was a lot of paging the external team to call the office, using phone cards in the nearest telephone box you could find, sending customer orders to the office via a hotel fax machine and cars filled with boxes of maps. You would find customer details in a rolodex rather than a CRM system.’

‘Joining the Rapidrop side of the business provided a lot of opportunity for me to travel, not just across the UK but overseas as well.’ Martyn said, ‘An opportunity came up for us to launch Rapidrop in South Africa. It was a fresh challenge to build the brand on a different continent. We were visiting customers and generating an interest in the products before we found a logistics partner so we could hold stock. I have a strong affinity to South Africa from that experience.’

As Rapidrop continued to grow, Martyn remained the sales manager for Rapidrop, working with the support of an internal team. The company began to grow from strength to strength as Rapidrop began building the range of their own branded products and growing larger within the European market too. 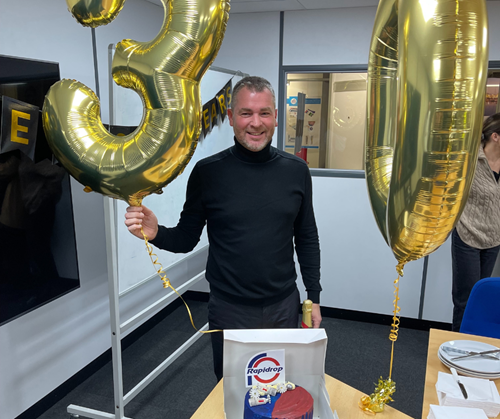 The invitation to join the board of directors came in 2013 and is ‘one of the proudest moments of my career so far’, Martyn said. Now as 2022 comes to an end, the Rapidrop Global team came together to celebrate this milestone event. Having worked with some of the team since his early 20s, many have come to feel more like family than colleagues. Building on this foundation is a large part of what drives Rapidrop to succeed and we continue to see what the future holds.